Saw the weather report 3 days ago and saw rain coming my way and lots of it.  The weather has been awful for trout as of late.  The average temperature has been 88 degrees for three days.  I will not chase trout in these conditions due to lactic acid build up and lack of oxygen in the water when my trout streams are so warm. Most trout die after being released in these conditions.

I chased pike below the dam in Gays Mills.  I caught two small fish.  A small mouth bass and a hammer handle pike.  Neither were worthy of a photo.

Upon my return home I stopped to gas up and saw this huge dragon fly on the pump holding still for a photo.

A couple photos later "she" was cleared for take off. 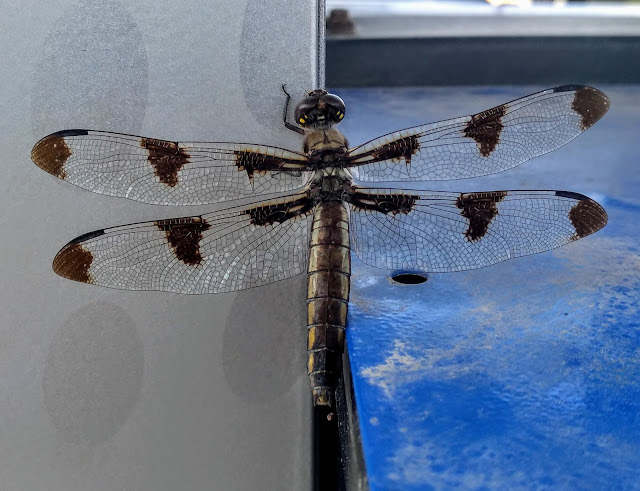 A check of the bug guides told me this was a twelve spot female skimmer.
Posted by Len Harris at 7:35 AM