It was near the end of September 1962.  I was five years old.  It was the day I caught my first trout.  The trout season seemed endless.  I was the caddy for my father.  He typically carried two rods on stream.  One was a fly rod and the other was a spinning rod.  It was my first season caddying. I did not fish "yet."  I just toted the rod he was not using at the time. 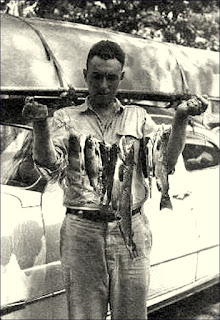 Every outing prior had a theme to it.  All of them revolved around nature and being a good keeper of the environment.   The lessons varied from wildflowers to turtles and everything in-between. This outing seemed no different than the other 50 outings that year. A lesson he taught that day was over shadowed by a first in my long angling journey. My dad quizzed me each outing on what he had said to make sure I listened to him and learned what he preached. This outing was different than the rest.  I actually got to experience the catching side of trout fishing.

The adrenaline rush of my first trout to hand buried the lesson he gave that day.  The huge trout had over shadowed the lesson until this year.  I have been struggling with some health issues lately.  My knees failed me about six years ago.  I have had four surgeries on them. Along with knee problems my back required surgery.  Lack of fishing and pain caused my weight to balloon. I went on a drastic diet last year.  I am now 76 pounds lighter and my outings have quadrupled from the years prior.

There have been many memorable trout in 2019.  This season with renewed vigor and optimism made me the happiest I have felt in years.  I looked at my log books for 2019 yesterday and a memory long dormant from 1962 stepped forward.  My best memory of 2019 was cleaning out a spring head.  I left the rod/reel in the vehicle.  I did not take a single cast.  I did not catch trout.  That memory in 1962 that came to the surface happened just prior to me catching my first trout.  I had learned the lesson and was living by it still 57 years later.  I always leave the streams cleaner than I have found them.  I do not waste fish I have caught that are mortally wounded. Trout are not play things and need to be treated with respect.  The streams too need the same respect.  I need to step back in the stream of time and explain the lesson just prior to the big trout being caught.

It was a long day in 1962.  My feet were wet and I was tired. My dad's extra rod was seeming really heavy in my hands from four hours of wading through waist deep water and mud and prickly ash. I was ready to go to the car.

My dad started getting a little giddy like he typically did when a lesson or something special was coming. I could hear it before we could see it.  Dad asked me if I could hear something. He told me to follow my ears.  He let me lead the way to find it.  It is at the headwaters of my favorite brook trout stream. I walked up to it and looked at it in awe.  He did not know the tale of the cement spillway but he ventured to guess it was made to grind wheat or corn long ago. 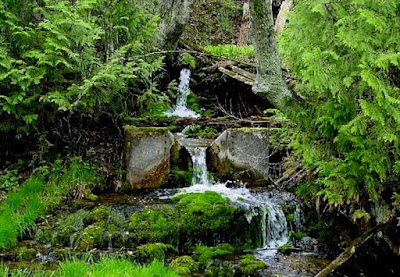 I could tell by the way my dad spoke about it that he held the spring in great regard. He had me feel the water cascading down the structure. It was so cold even during the warmest times of the year. My dad was not a religious man but this shrine to mother nature was to be held with reverence and admired.

Many years later I visited the spring in the winter time. My dad had long ago left the earth. I stood in front of the shrine in -2 degree weather and was awed at the ice sculptures the spring had created. I imagined the water to be painfully cold to the touch. It was the opposite that frigid day. It was warm in comparison to the outdoor bitter cold. 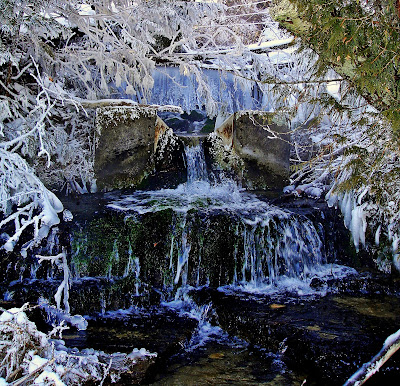 Back to 2019 and that spring.  I was wandering around trout fishing sites and saw a photo that disturbed me.  It appeared to be my spring from my youth.  I contacted the guy that supplied the photo.  His name is Pete Hammes.  He told me I was correct about the location.  I told him about my first big trout and the lesson from my dad.  I was little embarrassed to tell Pete I had not been there in quit some time due to my health problems.  Pete agreed to go with me to the land owners and see if we could clean out that spring.

The older couple that owned the land remembered me from years past and both commented they had not seen me in a while.  I told them about my knees and back.  They understood completely because both of them had aches and pains also.  I took a before and after photo of the spring. Pete and I cleaned out the spring.  It took quite a few years for that lesson to sink in and take.  The stream of time took my dad away long ago but not his lessons. 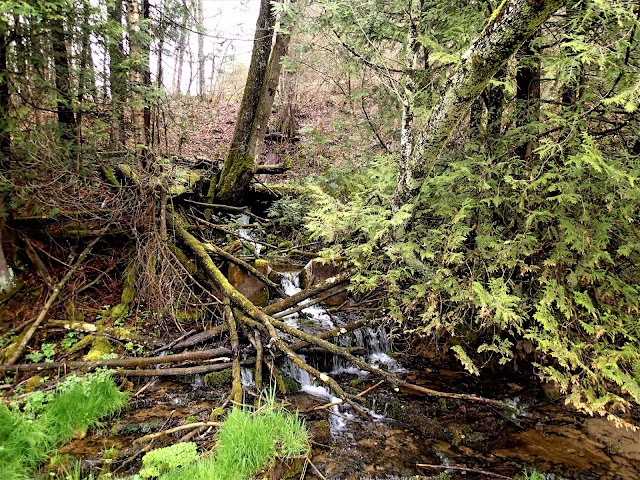 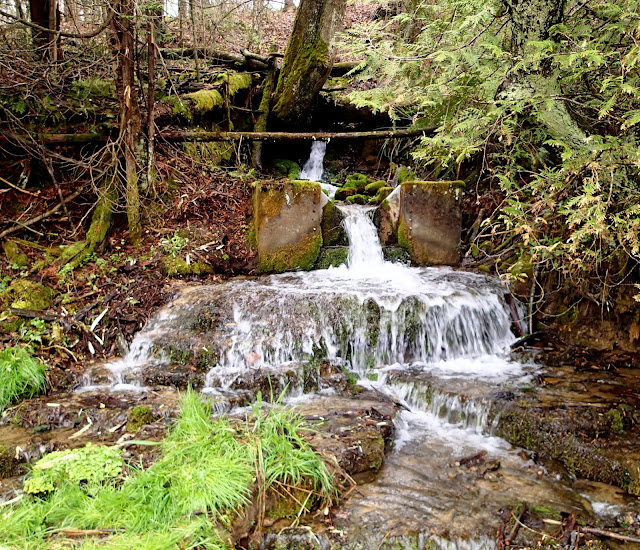