Went out this morning with Dale Schultz,  Overcast and 62 degrees.  Water good clarity and level. 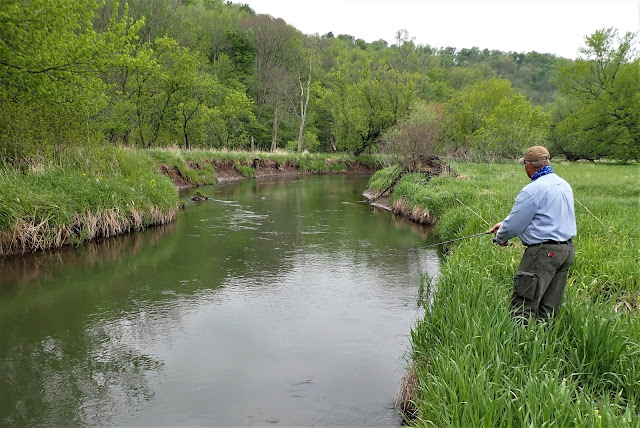 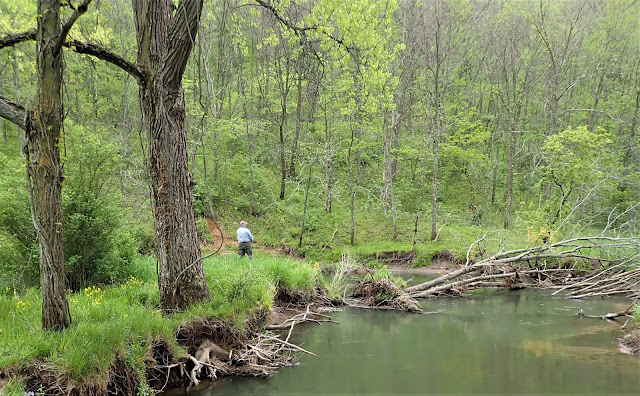 We caught 40 browns between us on this stretch. 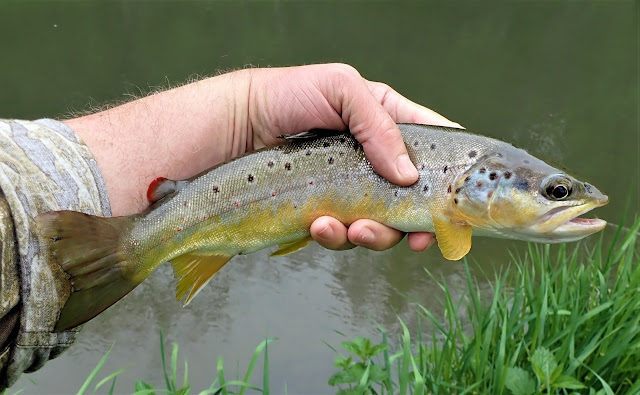 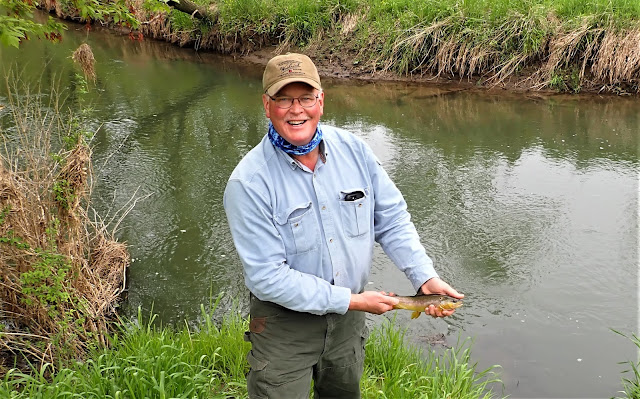 I am going to introduce a new word to you in my "trout speak." It is a "BANGER." A banger is a ferocious hit that nearly rips the pole out of your hand and you don't understand why there was no hook up.  I had a banger on this stretch.    I did not see the fish 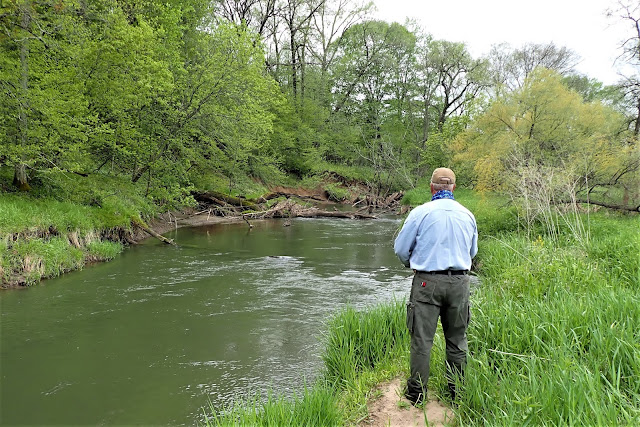 The weeds grew a foot since the last time I fished this stretch. Two more weeks and weeds will block access.  Dale had a 12:30 appointment and we had to cut this stretch short.

Odd occurrence on stream.  Dale saw a female deer on the other side of the stream.  It did not act afraid until we moved. The doe busted upstream out of sight.  About 40 seconds later we heard a loud commotion where the doe had left from.  There was a loud noise...like a loud scream. We figured it was a fawn and it was scared.  The Mama deer came blasting through the weeds and then looked like it chased a coyote away from its fawn.  Wild Kingdom episode just across the stream from us.

I still had some gas in my tank and went to another stream in Richland County.

I went in at a bridge and hooked a fish on my first cast.  I got excited when I saw brookie colors.  A quick examination told me that this 14 inch male brookie was a brooder.  Its tail was short and rounded and the fins were stubby.  No photo warranted.

Fished for another hour and caught another one of those stubby tailed frankenfish brookies.  This one was approximately 15 inches and again no photo.  I have never caught brookies in this waterway. Again no photo.  Too warm and big of water to sustain brookies.

I landed another 14 browns. 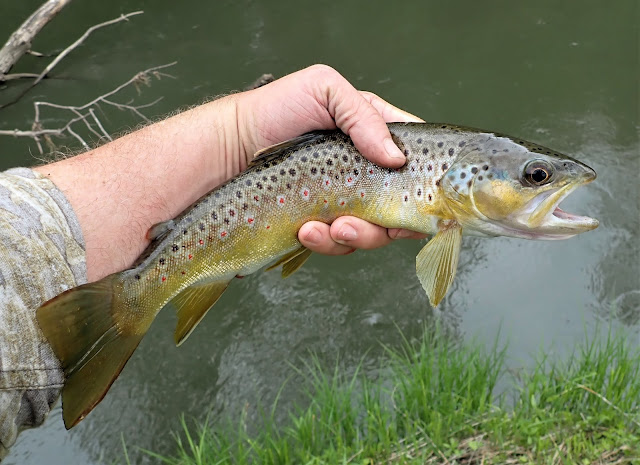 Near the end I had another banger.  I saw this fish.  The big stone headed brown was laying right where a root system hung in the water.